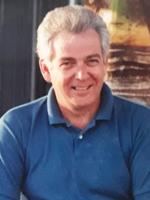 Anthony R. “Tony” Rongo Sr., 70, of Florida (formally of Hazlet), passed away on Monday, December 17th, at Florida Medical Center, Fort Lauderdale, FL. He was born and raised in Hoboken, lived in Hazlet, prior to moving to Florida in 1997. Tony was a Keansburg Police Detective and retired in 1997. He recently worked for Sun State Securities in Florida. Tony loved spending time with his children and grandchildren. Tony served honorably in the US Army from 1969-1973, he was a member of the Keansburg PBA Local 68, the Honor Legion, and a member of the Italian American Police Association. He also enjoyed collecting coins. Tony was pre-deceased by his parents; William and Phylis Rongo, his brother; William Rongo and his daughter; Tamara Rongo. He is survived by his wife; Barbara Rongo of Hazlet; three sons and daughters in-law; Bobby and April Rongo of Nebraska, Scott and Coleen Rongo of Hazlet and Anthony and Christine Rongo of Hazlet. His sister and brother in-law; Barbara and William Gilbert of Middletown. Ten grandchildren; Thomas, Ashley, Richard, Ashley, Brooke, Brandyn, Nicholas, Kerri, Elizabeth and Anthony. Two great grandchildren; Madison and Nicolette. Family and friends are invited to pay their respects on Thursday, December 27, 2018 from 2PM to 4PM & 7PM to9pm and again on Friday morning, at 9AM, December 28, 2018 at the Jacqueline M. Ryan Home for Funerals 233 Carr Ave. Keansburg. Friday there will be a 10am Mass at St. Ann’s Church, Keansburg. Interment to follow at Bayview Cemetery, Leonardo. Letters of condolences can be sent to www.jacquelinemryanfh.com