To share your memory on the wall of Edward J. Burbank Sr., sign in using one of the following options:

Provide comfort for the family by sending flowers or planting a tree in memory of Edward J. Burbank Sr..

Provide comfort for the family of Edward J. Burbank Sr. with a meaningful gesture of sympathy.

To send flowers to the family or plant a tree in memory of Edward J. Burbank Sr., please visit our Heartfelt Sympathies Store.
Read Less

Receive notifications about information and event scheduling for Edward J. 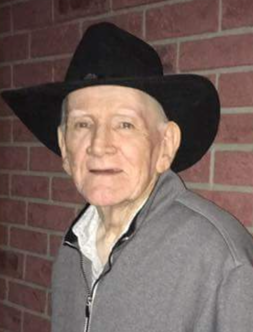 We encourage you to share any memorable photos or stories about Edward J.. All tributes placed on and purchased through this memorial website will remain on in perpetuity for generations.

We were honored to know you and become like one of the family. We were at many of your get togethers and shared many stories and jokes. Your legacy is your family . God bless..Ron and Debbie Krauss
Comment | Share Posted Mar 31, 2020 at 12:37pm via Condolence
KJ

To The Burbank Family:
I am sending our deepest condolences on behalf of the Johnson family. Your home(Ave. D) is where my late brother and I were babysat as kids. Your sons and daughters were like big brothers and sisters. God Bless Mrs. Elaine and the family extended.

I have known edward Burbank Sr. since I was a child to my adulthood he loved his family and was always their for them through the good times and the bad times he was a good husband and a good father and he will be missed by his family rest in peace Ed and god bless you
Comment | Share Posted Mar 29, 2020 at 09:03pm via Condolence
JE

Thank you Buck for showing us all as young men, how to be a real man. Will miss you and you will always be in my heart.
Comment | Share Posted Mar 29, 2020 at 06:49pm via Condolence
CF

Sending thoughts and prayers to you and your family in your time of sorrow. With our deepest condolences