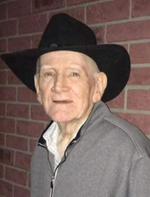 Edward J. Burbank Sr., 85, of Hazlet, passed away on Thursday, March 26th, at Laurel Bay Nursing Home, Keansburg. He was born in Staten Island, lived in Middletown, prior to moving to Hazlet 21 years ago. Edward was the co-owner of Ed Burbank Construction, Middletown. He was an avid Mets and Jets fan, he enjoyed going to the race track, playing cards, listening to Frank Sinatra, watching westerns and he loved his family unconditionally. Ed’s family will always remember him as the life of the party and how he loved to dance. Edward is survived by his loving wife of 62 years, Elaine; four sons and daughters in-law, Glenn and Jackie Burbank of Leonardo, Edward and Jill Burbank Jr of Navesink, Scott and Amanda Burbank of Leonardo and Troy Burbank of Leonardo; four daughters and sons in-law, Linda and Tom Craven of Aberdeen, Elaine and Jimmy Scott of Middletown, Lisa Burbank of Keansburg and Kimberly Burbank-Cook of Leonardo; a brother, Roger Neubauer of New York; 29 grandchildren and 13 great grandchildren. Arrangements were entrusted to the Jacqueline M. Ryan Home for Funerals 233 Carr Ave. Keansburg. On Monday there will be a private service for family only at the funeral home and the burial will follow at Bayview Cemetery, Leonardo.