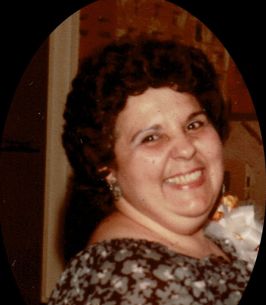 Share this tribute
Memorial Candles Lit for Esther | SEE ALL
Light a Candle
"We are honored to provide this Book of Memories to the family."
— Jacqueline M. Ryan Home for Funerals Inc.
Funeral Details Memory Wall Photos & Videos Send Flowers

Print
Esther Mullins, 84, of Princeton Junction, passed away surrounded by her family, on Wednesday, September 26, in Compassionate Care, Robertwood Johnson, Hamilton. She was born in Manhattan, lived in Brooklyn until moving to West Winsor area 20 years ago. Esther was the owner/operator of the Sewing Box, Sheepshead Bay for many years , after that she worked for Marine Index Bureau for 20 years, she also headed up the K-9 Bureau of Invetisagation and later was employed at Brookdale Hospital in New York doing clerical work. She enjoyed singing in the chorus, sewing bears for the children in the hospital, along with sewing togather a square for the Aids quilt, she loved helping people and teaching them sewing, Esther loved to sponsor children from other countries, but her passion was fashion design. She was pre deceased by her husband, William R. Mullins in 1986. Surviving are her two sons and daughter-inlaw, Bill Mullins of East Winsor and Nicky and Beth Maffattone of New Hampshire; a daughter and son-inlaw, Theresa and Robert Moore of East Winsor; Her dearest friend Angie Arnone of Toms River; and eight grandchildren, Robert,Christina, Julia,Julie Anna, Joseph, Amy, Daniel, and Eddie. Family and friends are invited to pay their respects on Sunday, September 30, 2018 from 3 PM - 7PM at the Jacqueline M. Ryan Home for Funerals 233 Carr Ave. Keansburg. On Monday another visition will take place at 8:30 AM and the internment will follow at Calverton National Cemetery in Calverton, NY


To send flowers to the family of Esther Mullins (Asaro), please visit our Heartfelt Sympathies Store.

We encourage you to share any memorable photos or stories about Esther. All tributes placed on and purchased through this memorial website will remain on in perpetuity for future generations.

Thank you for sharing!

Or use your email:

Share on Facebook
Send flowers to the family
Choose from beautiful standing, table and basket arrangements. Safe and secure online ordering.
View Flower Arrangements
What has already been purchased for the family?
Family Log-In

Connect with families at their time of loss. By subscribing to email updates, you will receive two daily updates containing all new stories, photos, candle lightings, condolences, and more.