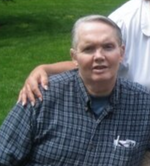 Patrick C. “Skip” Keelen, 68, of Middletown, passed away on Saturday, March 28th, at Anchor Care Rehab, Hazlet. He was born in Red Bank, lived in Keansburg, prior to moving to Middletown many years ago. Pat worked for Keelen Bus Company, Middletown as a bus driver. He was pre deceased by his parents, Patrick E. and Patricia Keelen; his wife, Anita Keelen; and his daughter, Jessica Ann Keelen. Patrick is survived by his two brothers, James Keelen and his companion Jackie Skilenger of Bloxom, VA and Kevin and Nelson Keelen of Neptune City; a sister and brother in-law, Colleen and Jack O’Keefe of Lincroft; many aunts, uncles, nieces, nephews and cousins. Arrangements were entrusted to the Jacqueline M. Ryan Home for Funerals 233 Carr Ave. Keansburg. A private cremation will take place and the family will be scheduling a burial of the ashes at a later date. Donations can be made in Pat's memory to Stephys Place.org