To share your memory on the wall of Anna MacDonald, sign in using one of the following options:

We encourage you to share your most beloved memories of Anna here, so that the family and other loved ones can always see it. You can upload cherished photographs, or share your favorite stories, and can even comment on those shared by others.

Posted Feb 23, 2019 at 02:05am
Those we love don't go away, They walk beside us everyday, Unseen, unheard, but always near, Still Loved, Still Missed and very dear, Cheers Nanny Mac

Chris Hosey purchased flowers for the family of Anna MacDonald.

Flowers were purchased for the family of Anna MacDonald.

Your friend at CAL-CHLOR purchased the Peaceful White Lilies Basket for the family of Anna MacDonald.

Posted Feb 21, 2019 at 01:38pm
Aunt Anna, I will always remember your kind smile and warm heart . May you rest in peace. Michael DeBellis
Comment Share
Share via:
B

Posted Feb 20, 2019 at 01:05pm
A Great Lady has passed.
I was saddened when I learned.
I am fortunate to have been enlightened by her warm spirit.
Her husband, my Uncle Willie, & her were a perfect match. Both had a great sense of humor, as well as a great sense of family. They were my Godparents. I always felt they regarded it as a responsibility. I always felt they were a wonderful choice. Anna & Willie showed me humor and kindness.
Your spirit has touched many.
-Bill McKinnon & Family 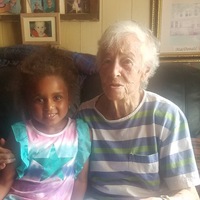 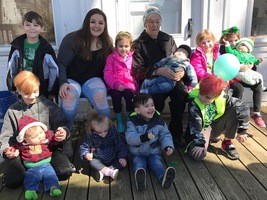