To share your memory on the wall of Captain Joseph Sebastian Cecere III, sign in using one of the following options:

The insignias listed here may be subject to copyright and / or trademarked. Those copyrights and trademarks are owned by the respective organizations.

Donations are being accepted for: WOUNDED WARRIOR PROJECT INC.

We encourage you to share your most beloved memories of Captain Joseph Sebastian here, so that the family and other loved ones can always see it. You can upload cherished photographs, or share your favorite stories, and can even comment on those shared by others.

Flowers were purchased for the family of Captain Joseph Sebastian Cecere III.

Posted Aug 11, 2019 at 11:35pm
You are all in my thoughts and prayers. With my deepest sympathies are with you all. Forever in our hearts.

Posted Aug 10, 2019 at 11:44am
Wishing you peace to bring comfort, courage to face the days ahead and loving memories to forever hold in your hearts. Love you!

Posted Aug 10, 2019 at 04:27am
So sad to hear about Joe, I know the girls and Thekla and wanted to send my condolences. Sending you the biggest of hugs from London, love you guys xx

Rays of Light Spray was purchased for the family of Captain Joseph Sebastian Cecere III. 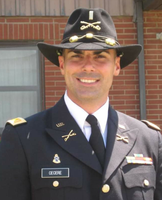 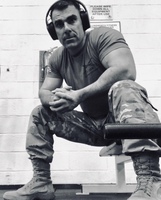